by Sheikh Suleman
in India vs Srilanka
0 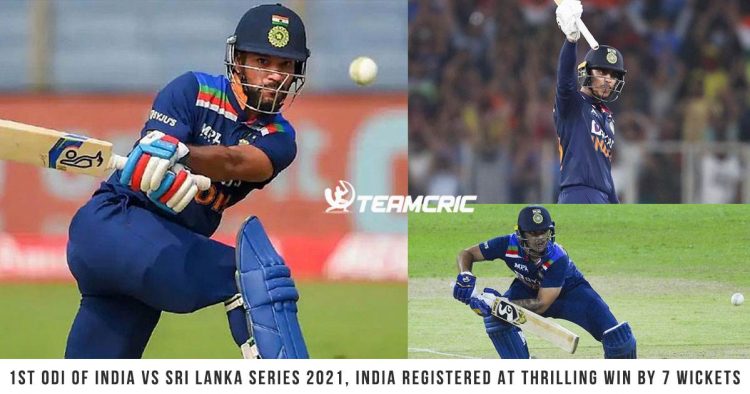 Finally the wait is over as one of the most awaited series is started has been started. 1st ODI of India vs Sri Lanka series 2021 was played on 18, June, 2021 at R.Premadasa Stadium, Colombo.

The factor that has made this match more special is newly appointed captain and coach of this match. Fans of Rahul Dravid and Shikhar Dhawan are more exited for the match. Others also were waiting eagerly as the want to see performance of two big stars with new responsibilities.

Captain of team India, Virat Kohli and some other players are not playing in the series because they are busy in five-match Test series in England. Rohit Sharma’s excellent knock of 208 runs in first ODI series of Sri Lanka tour of India, 2017 is included in one of the best performance of Rohit Sharma but this time Rohit Sharma is also not featuring the series. Absence of many main players has given opportunities to new talent of India.

In the last 10 ODIs held between Sri Lanka and India, India has achieved victory in 8 matches and Sri Lanka was able to win only two matches.

Avishka Fernando and M Bhanuka gave a fine start. India was failed in taking any wicket in the first nine overs. After that it was decided to bring Yuzvendra Chahal and Kuldeep Yadav into action. .

Avishka Fernado smashed 33 runs in 35 balls with the help of 2 fours and 1 six. He was dismissed by chahal.

Kuldeep Yadav bowled excellently to dismiss B Rajapaksa who smashed 24 runs in 22 balls with the help of 2 fours and 2 six. His fours and six put pressure on the bowlers of team India but Kuldeep Yadav delivered in superb way to resist opponent team from winning.

M Bhanuka was not able to do much and contributed by 27 runs in 44 balls with the help of 3 fours. Kuldeep delivered excellently to pick the wicket of M Bhanuka.

Dhananjaya de Silva was not able to contribute much as he was dismissed by the delivery of Krunal Pandya after scoring 14 runs in 27 balls with the help of 1 four.

Aslanka tried hard and score 38 runs in 65 balls with the help of 1 four. He was dismissed on the brilliant delivery of D Chahar.

Shanaka played a fine knock of 39 runs in 50 balls and dismissed on the ball delivered by Chahal.

W Hasaranga and Udana were not in good form and were able to score 8 runs each in 7 and 9 balls respectively.

C Karunaratne became the highest run scorer for his team as he was unbeatable at 43.

Chameera tried in the end by making 13 runs in seven balls with the help of 1 six and 1 four but he was run out.

The start was great with the openers Prithvi Shaw and Shikhar Dhawan.

Prithvi Shaw played drastically to smash 43 runs in just 24 balls with the help of 9 fours. He shared 48 runs partnership with Shikhar Dhawan. Dhananjaya de Silva took wicket of Shaw in his very first over and Sri Lanka tried to hinder the run-scoring.

Shikhar Dhawan’ s performance was tremendous as he played brilliantly to score 86 runs in 95 balls with the help of 1 six and 6 fours. He gave a vital contribution till end to make his team win.

Ishan Kishan also showed amazing performance by smashing 59 runs in 42 balls with the help of 8 fours and 2 sixes. He hit a four on his first ball and continued hitting runs but dismissed by Sandakan.

Manish Pandey smashed 26 runs in 40 balls with the help of 1 four and 1 six and dismissed on the ball of energetic bowler Dhananjaya de Silva.

Surya Kumar Yadav was the last one to bat and scored 31 runs in 20 balls with the help of 5 fours.

India achieved the target of 263 runs in 36.4 overs with the fall of only 3 wickets.

India registered a thrilling win by 7 wickets in 1st ODI of India vs Sri Lanka series 2021.

Some important stats and records related to 1st ODI of India vs Sri Lanka series 2021:

India achieved victory in the match when 80 balls were remaining. It is the joint-highest for team India chase of target of more than 250 in ODI match.

Before this match, Sri Lanka achieved victory in 7 consecutive ODIs at their Land, but in this match the chain broke.

Kuldeep Yadav and Yuzvendra Chahal, both together became the part of Indian squad in an ODI after 3 years. Last time they both played against England in World Cup 2019.

Records made by Shikhar Dhawan in 1st ODI of India vs Sri Lanka series 2021:

While playing this match Shikhar Dhawan reached the milestone of completing 10000 runs in international cricket and became fifth Indian player to score 10000 runs as an opener across formats.

While playing this match, Shikhar Dhawan also completed his 1000 ODI runs against Sri Lanka. He is the fastest player to reach the milestone.

Records made by Ishan Kishan in 1st ODI of India vs Sri Lanka series 2021:

Ishan Kishan is emerging as star of cricket world because he is the first Indian player who smashed half-century on both ODI and T20I debuts. He is second player in the World after Rassie van der Dussen to have such a great accomplishment.

Ishan Kishan hit his half century taking only 33 balls and hit second-fastest fifty on ODI debut. Krunal Pandya fastest fifty in his ODI debut in 26 balls. 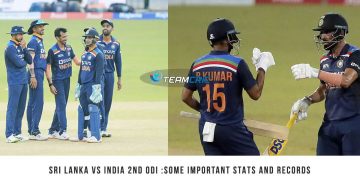 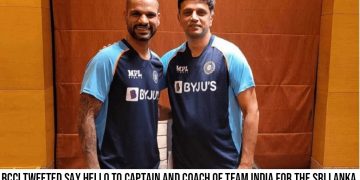 BCCI tweeted say hello to captain and coach of team India for the Sri Lanka tour , fans extended heartwarming wishes for the 2 stars of cricket world