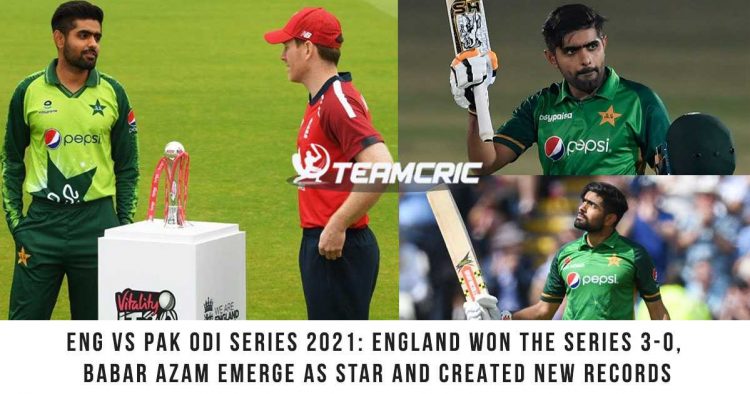 First ODI of Eng vs Pak ODI series 2021 was played on 08, July, Thursday at Sophia Gardens, Cardiff. England registered a thrilling win by 9 wickets. England won the toss and took the decision of bowling first.

Fakhar Zaman smashed highest runs for his team. He made the score of 47 runs in 67 balls with the help of 6 fours.

Performances of Opener, Imam-ul-Haq and Captain Babar Azam were quite disappointing at they both were out on duck.

Saqib Mahmood bowled brilliantly and picked up 4 wickets for England and gave away 42 runs.

England batsmen have shown drastic performance and chase down the target in 21.5 overs only at the loss of one wicket only.

Dawid Malan scored highest run for his team by showing excellent hits by his bat. He made an unbeatable 68 runs in 69 balls with the help of 8 fours.

Another hitter, Zak Crawley also shown his bating skills and smash the total score of 58 runs in 50 balls with the help of 7 fours.

Among all bowlers of Pakistan, Shaheen Afridi picked up 1 wicket giving away 22 runs.

First ODI of Eng vs Pak ODI series 2021 was played on July 10, Saturday at Lord’s, London.

England again achieves the triumph by beating Pakistan by 52 runs. Match was reduced to 47 overs per side because of unfavorable weather conditions.

Pakistan won the toss and took decision of fielding first.

Opener, Philip Salt gave the excellent start by smashing 60 runs in 54 balls with the help of 10 fours.

Three players of England – Malan, Zak Crawley and Craig Overton were out on duck.

J Vince also gave vital contribution to make his team win by scoring 56 runs in 52 balls with the help of 8 fours.

Opening of Pakistan was quite disappointing as Imam-ul-Haq was dismissed scoring only 1 run.

Saud Shakeel became the highest run scorer with 56 runs with 77 balls with the help of 4 fours.

All other seems to be struggling but did not came up with good result.

Lewis Gregory became the highest wicket taker as he picked up 3 wickets, giving away 44 runs.

Saqib Mahmood , Craig Overton and Matthew Parkinson also picked up 2 wickets each in order to make England win the match.

Team Pakistan was all finished after making only 195 runs in 41 overs and thus loss the match with a big difference.

England won the toss and gave the chance of batting to Pakistan.

This time Imam-ul-Haq gave the impressive start with 56 runs for 73 balls with the help of 7 fours.

Captain Babar Azam came with flying colors, showing extraordinary battling skills. He played excellent knock of 158 runs in 139 balls with the help of 14 fours and 4 sixes.

Rizwan also played brilliantly and scored 74 runs in 58 balls with the help of 8 fours.

This time also, Saqib Mahmood’s acted as hindrance for Pakistan as he picked up 3 wickets and gave away 60 runs. Pakistan posted high score of 331 runs.

For England James Vince became the highest run scorer with 102 runs on 95 balls with the help of 4 fours.

Lewis Gregory also help his team in achieving the target by scoring 77 runs in 69 balls with the help of 6 fours and 3 sixes.

England chase down target of 332 runs in 48 overs with the fall of 7 wickets.

Pakistan posted the target of 331 runs but still England batters chase it down for series whitewash.

Stunning batting of Pakistan skipper Babar Azam could not make his team win the match.

Babar Azam startling performance made him the star in Eng vs Pak ODI series 2021:

Babar Azam has become the fastest player to hit 14 hundreds in ODI match.

Once again he has proved that he deserve to be placed on first rank in the ODI rankings.

Some records and milestones achieved by Babar Azam in the third ODI of Eng vs Pak ODI series 2021:

Babar Azam became the first captain of Pakistan who has scored 150 runs in an ODI inning. Before this, Shoaib Malik made the score of 125 runs while playing as captain against India in 2008.

Babar Azam has become the fastest player to hit 14 hundreds in ODI match. He has achieved this milestone only in 81 innings. He surpassed Hashim Amla , David Warner  and Virat Kohli  who have completed in 84 innings, 98 innings and 103 innings respectively.

Babar Azam’s score of 158 became the highest score by a Pakistan player in an ODI match in England. Imam-ul-Haq made the score of 151 runs while playing against England in 2019.

Babar Azam has completed his 3 ODI centuries as captain. 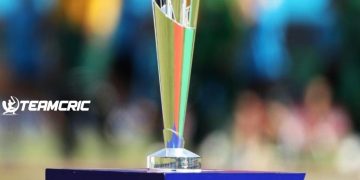