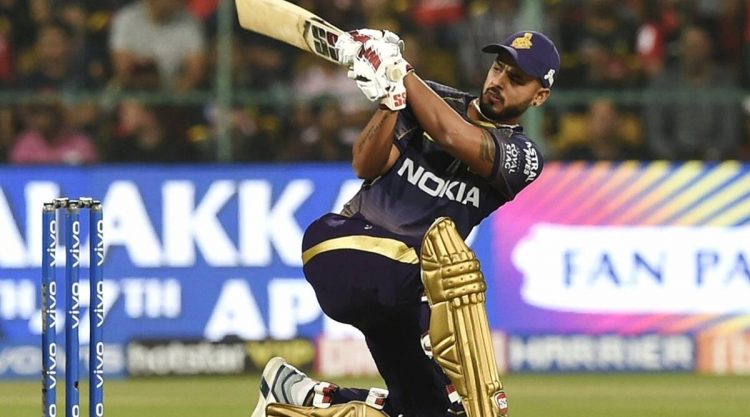 
Nitish Rana got positive report for COVID-19 on March 22, but now he has tested negative.

Nitish Rana’s sample was collected on March 19, 2021 and he was tested negative for COVID-19 but afterwards he was tested on March 22, 2021 and his report came positive. He was under self-isolation after the positive result although he was not having any symptom. On Thursday he underwent again COVID-19 test and tested negative and going to start training very soon. Indian Premier League (IPL) 2021 is scheduled to commence from Aril 9 and Kolkata Knight Riders is going to play   against Sun Risers Hyderabad on April 11.

KKR issued a statement: “Nitish Rana had checked into the KKR team hotel in Mumbai, on March 21, 2021 with a negative COVID report which was done on March 19, 2021.

According to IPL protocol, he was tested on March 22, and the report resulted positive. He  was completely asymptomatic since but  he isolated himself. He was tested again.

The BCCI SOP says that if a player is tested positive for COVID-19, he must isolate himself in the designated area outside the bio-secure environment for at least of ten days from the first day of appearing of symptoms or first day of collection of the sample which in tested positive.

SOP states that during isolation period of ten days, the individual will have to undergo an RT-PCR test on Day 9 and Day 10. If both the test results from Day 9 and Day 10 are negative, there is no symptom for more than 24 hours, the individual will be allowed to re-enter the bio-secure environment and after recovery, players have to undergo a cardiac screening before starting team activity.

Nitish Rana was successful enough to smash 352 runs in 14 matches during the IPL 2020 but still it is cannot be said that whether he will be fit to play  for IPL 2021 as season-opener against Sunrisers Hyderabad in Chennai on April 11.Nitish Rana was the top run-getter for Delhi, smashing 398 runs in seven matches at an average of 66.33 in Vijay Hazare Trophy, which was recently-concluded