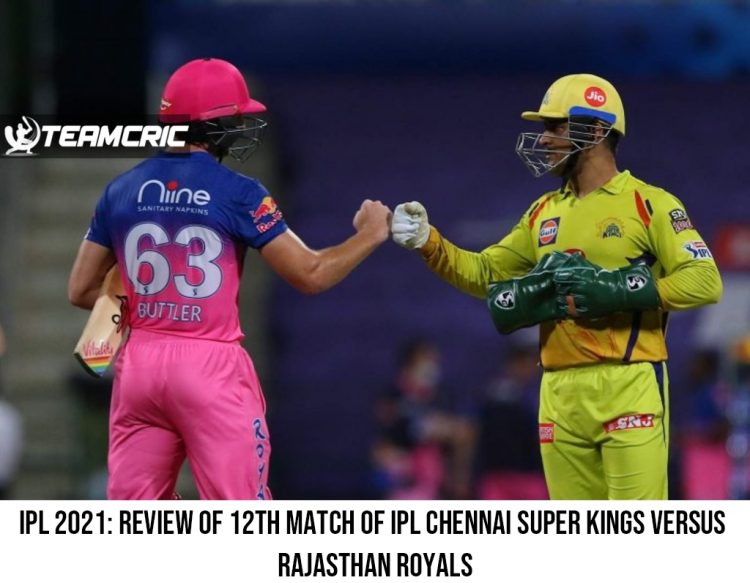 Chennai Super Kings and Rajasthan Royals lost their first match of the season of IPL 2021 but both the teams made comeback, won the second match. Rajasthan faced their second loss in total three matches played till now.

Rajasthan Royals, won the toss and taken the decision of fielding first.

Rajasthan Royals played with the run rate of 7.15.They were able to manage 143/9 and thus lost the match by 45 runs.

Important stats and numbers related to 12th match of IPL between Chennai Super Kings and Rajasthan Royals are:

Victory of Chennai Super Kings is the victory with biggest margin of runs in 14th tournament of IPL.

Moeen Ali has made three wickets haul and he has become the fifth player to have such a great achievement. Moeen Ali also became the third bowler of CSK who has taken three or more wickets and smashed 25+ runs in an IPL match.

Former India skipper, Mahendra Singh Dhoni added another feather to his cap because he has played his 200th match for CSK as skipper. This was the 200th match as of MS Dhoni as captain of Chennai Super Kings and he has become the first player to lead one team in 200 T20 matches. Dhoni has been the captain of CSK in 200 matches out of 201 matches as he has played 1 match as a batsman under captaincy of Suresh Raina.