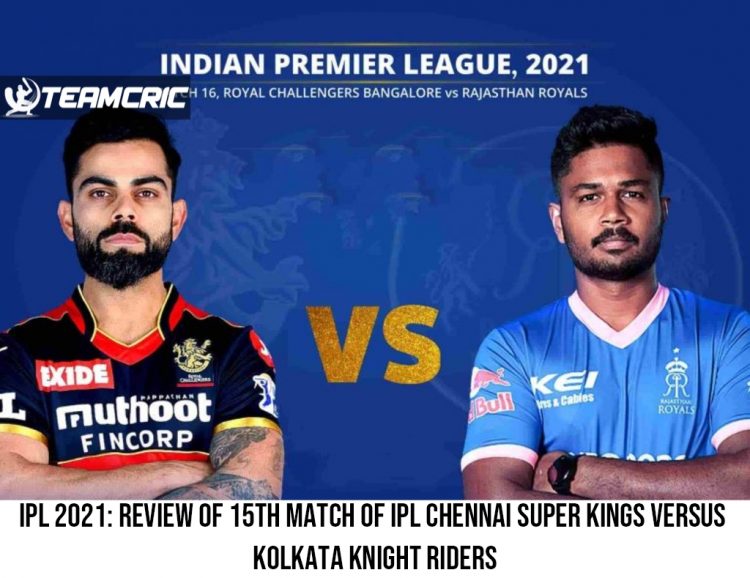 Royal Challengers Bangalore won the toss and took the decision of fielding first.

Rajasthan Royals played with the run rate of 8.85 and posted the total of 177 for 9 wickets in their 20 overs.

Rajasthan Royals were sent to bat first but they did not look in good form right from the starting as Jos Buttler was able to score 8 runs off 8 balls and Manan Vohra could manage only 7 runs off 9 balls.

Rajasthan Royals lost their first three players with the power play and then lost their skipper also. David Miller got out on duck and situation got worse. They tried to fight back in the middle of the inning.

Mohammed Siraj and Harshal Patel picked up 3 wickets each for 27 and 47 runs respectively in their 4 overs. Kyle Jamieson picked up 1 wicket for 28 runs in his 4 overs.

Kane Richardson and Washington Sundar picked up 1 wicket each for 29 and 23 runs in their 3 overs.

Royal Challengers Bangalore chased down the target with 21-balls to spare.

Devdutt Padikkal and Virat Kohli were the stars of today’s match.  Devdutt Padikkal registered his maiden IPL ton  and scored an unbeaten 101 off 52 balls with the help of 6 sixes and 11 fours .Virat Kohli also played an excellent knock of 72 runs off 47 balls including 3 sixes and 6 fours.

Chetan Sakariya gave away 35 runs in 4 overs. Shreyas Gopal and Chris Morris gave away 35 and 38 runs in their 3 wickets. Mustafizur Rehman gave away 34 runs in 3.3 overs. None of the bowler of Rajasthan Royals was able to pick even a single wicket.

Devdutt Padikkal has shown his brilliant performance and was declared as man of the match.

Royal Challengers Bangalore made their third-highest successful chase in this match without losing a single wicket.

It happened for the fourth time in IPL when Royal Challengers Bangalore won a match by 10 wickets.

Virat Kohli completed his 6000 runs of his IPL in this match and became the first player to have such a great achievement in IPL history.

It happened for 45th  time when Virat Kohli made 50+ runs in an innings in IPL history.

Virat Kohli has been the captain of Royal Challengers Bangalore 129 IPL matches. He has achieved joint-second position along with Gautam Gambhir in terms of most matches as captain in IPL.

Devdutt Padikkal became the third-youngest player to score a ton in IPL in this match.Manish Pandey is youngest and Rishabh Pant is second youngest player who have scored century in IPL.