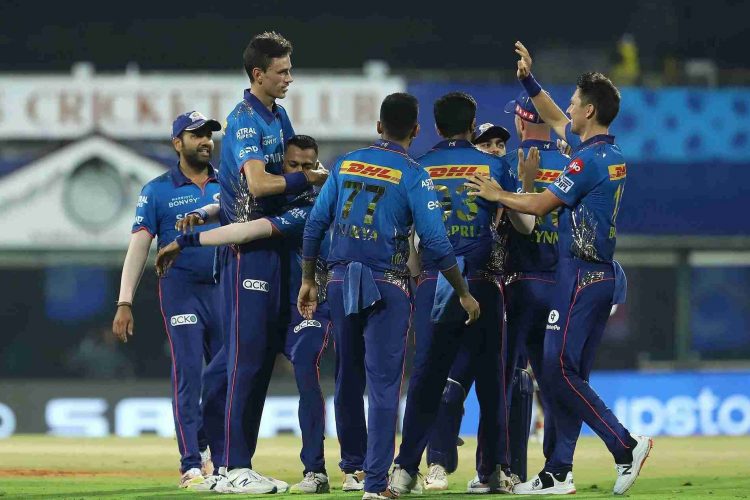 Captain of Kolkata Knight Riders, Eion Morgan won the toss and given the chance to Mumbai Indians to bat first. Mumbai Indians set a target of total of 153 runs for Kolkata Knight Riders in the match. While chasing the target, Kolkata Knight Riders were able to manage only 142 for 7 in 20 overs, and thus lost the match by 10 runs. In first innings Suryakumar Yadav has shown excellent performance and given the highest contribution of 56 runs off 36 balls. All- rounder, Andre Russell ran a wrecking ball and picked his career-best 5 for 15 in just 2 overs, record-breaking bowling show went in vain

While Chasing the target, Kolkata Knight Riders were able to start  in excellent way as  openers Shubman Gill and Nitish Rana added 72 runs for the first wicket. Nitish Rana smashed 57 runs in 47 balls, including 6 fours and 2 sixes. Rahul Chahar picked up 4 wickets for 27 runs in his 4 overs in muddle overs. Kolkata Knight Riders were in need of 15 runs to win in the last over but Trent Boult managed to give only 4 runs.

Important stats and numbers related to fifth match of IPL 2021 are:

This happened for 12th time in the last 13 matches in IPL that Mumbai Indians beat Kolkata Knight Riders.

Andre Russell became the sixth bowler to register a fifer in a losing cause in IPL matches.

Russell managed to complete his five-wicket haul in two overs only, which are the least overs taken by a bowler to complete a fifer in an IPL innings

It happened only second time in an IPL that two bowlers took 4 or more wickets from each side.

Rahul Chahar took 4 wickets for 27 runs in the match. It happened for the first time that he picked up a 4-fer in his IPL career. This was his best bowling figures in IPL.

Rohit Sharma bowled after a gap of 7 years and gave away 9 runs off his only over.

Nitish Rana registered his 13th IPL half-century in this match. He has the maximum fifties among the uncapped players.