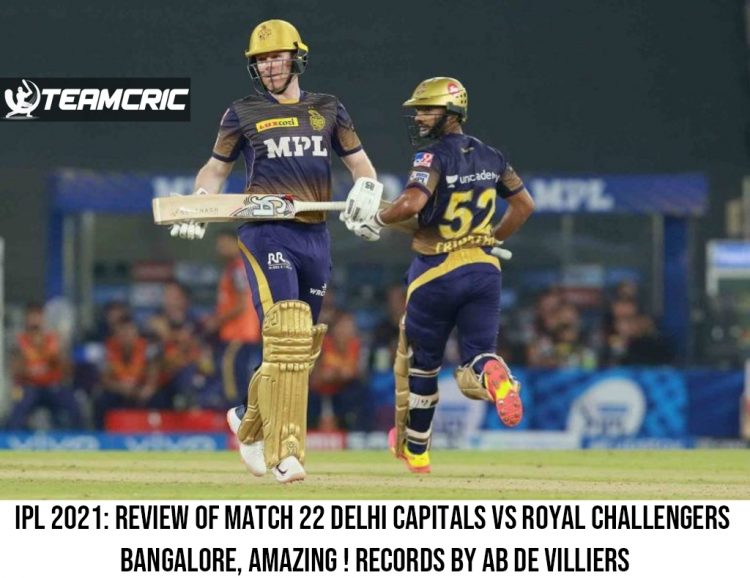 The venues have shifted for IPL matches.

Kolkata Knight Riders won the toss and took the decision of fielding first.

After a steady start by openers KL Rahul and Mayank Agarwal , they never looked in control of the match as wickets were falling almost every  over.

Prasidh Krishna has shown highly energetic performance as he picked up 3 wickets giving away 30 runs in his 4 overs.

Shivam Mavi conceded only 13 runs in his 4 overs picking up 1 wicket.

Pat Cummins and Sunil Narine also performed nicely with bat as they picked up 2 wickets each giving away 31 and 22 runs respectively.

Rahul Tripathi and Eoin Morgan have shown brilliant performance and tried hard to take their team towards victory.

Rahul Tripathi smashed 41 runs in 32 balls with the help 7 fours.

Eion Morgan was the player, who remains active on ground till end and smashed 47 runs in 40 balls including 4 fours and 2 sixes.

Though the target was small but Kolkata Knight Riders also played clumsily, as Moises  Henriques, Mohammad Shami and Arshdeep Singh took 1 wicket each and  reduce them to 17/3.

Eoin Morgan performed extremely well to be declared as Man of the Match.

Kolkata Knight Riders have achieved victory in 5 of out of last 6 matches against Punjab Kings.

Kolkata Knight Riders got the victory for 19th time against Punjab Kings in history of IPL and this far the most by any team.

Maximum number of ducks in T20 matches is made by Chris Gayle. He overtook Dwayne Smith who has made 28 ducks by making his 29th ducks.

Chris Gayle got was out on a first ball duck for only second time in history of IPL. Both the times it happened while playing against Kolkata Knight Riders. In 2017 Umesh Yadav dismissed him and in this match Shivam Mavi dismissed him.

Since 2020, it happened for the fourth time that Nitish Rana was out for a first-ball duck and this is the highest of all players in this time period. Rashid Khan is in second position with this regard as he has made 3 first-ball ducks.

Punjab Kings has made the total score of 123/9 and this is their second lowest total against Kolkata Knight Riders in history of IPL. The lowest was 119/6 which was made in 2011.

Sunil Narine made his 10th duck in IPL, equalling Gautam Gambhir,who has record of making maximum ducks for Kolkata Knight Riders in IPL.

Now Eoin Morgan is the third player to score 50+ runs as well as to take take 3+ catches for KKR in an IPL match. Jacques Kallis is on first position and Robin Uthappa is on second position in this regard.

Eoin Morgan has completed his 7000 T20 runs and became the fourth England player to have such a great achievement.